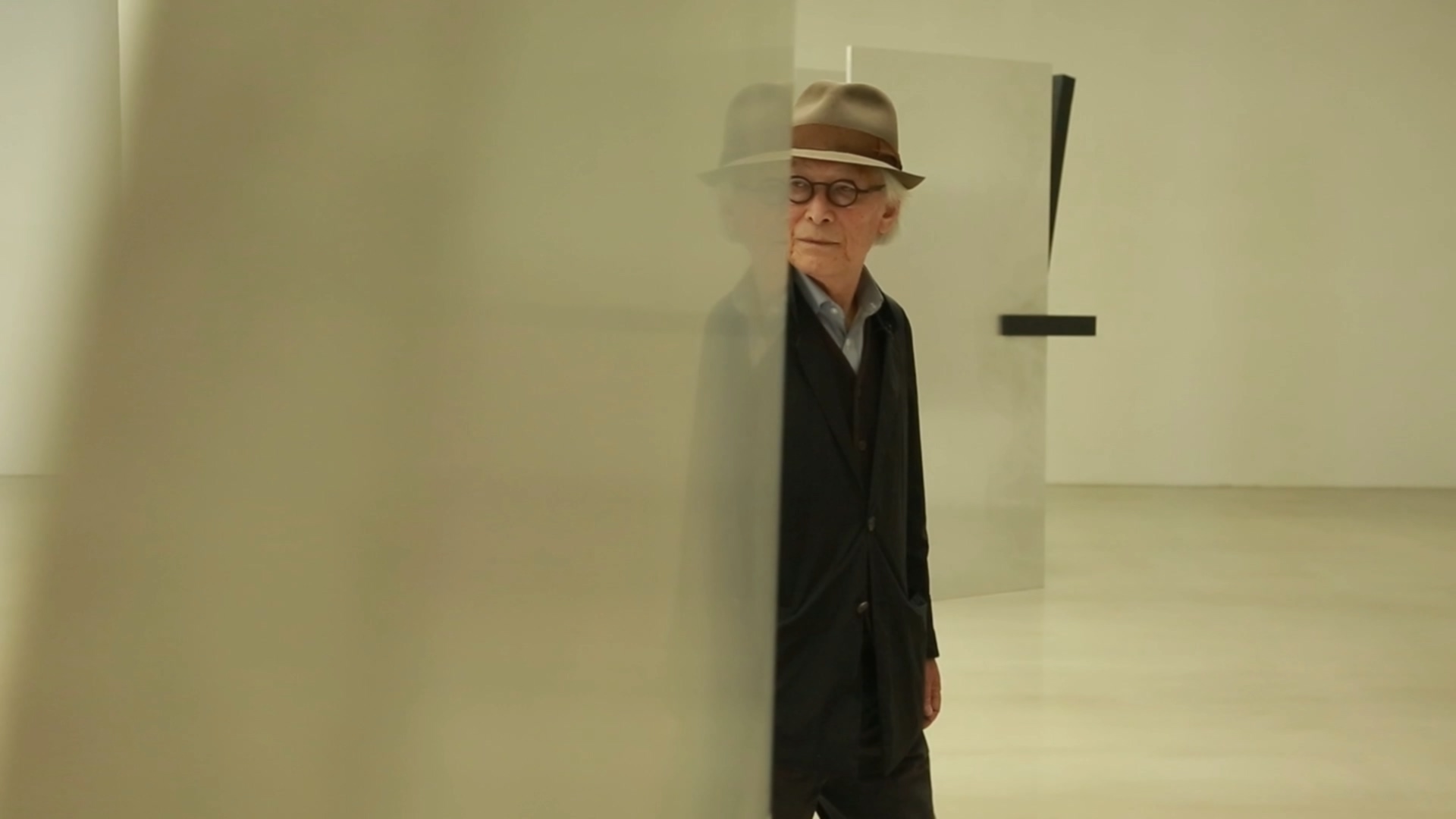 Lee Ufan is a painter, sculptor, and philosopher. He is a major proponent of the Avant-Garde artistic movement called Mono-ha (School of Things) with Nobuo Sekine in the late 1960s. This artistic movement focuses on the relationships of materials and perceptions rather than on expression or intervention. After he moved to Japan in 1956, Lee traveled extensively between the two countries and served as a vital conduit between what was happening in both places and helped to introduce Dansaekhwa to a wider audience abroad. Lee’s art process and materials consist of unconventional ideas and anti-authoritarian concepts.
Lee’s work has been featured in hundreds of solo and group exhibitions since 1967 including Pompidou Metz, Metz, France (2019); Serpentine Galleries, London, UK (2018); Couvent de la Tourette, Eveux, France (2017); Centre de Création Contemporaine Olivier Debré, Tours, France (2017); Château La Coste, Le Puy-Sainte-Réparade, France (2016); Palace of Versailles, Versailles, France (2014); Guggenheim Museum, New York, NY, USA (2011); the Yokohama Museum of Art, Yokohama, Japan (2005); the Samsung Museum of Modern Art, Seoul, South Korea (2003); Kunstmuseum Bonn, Germany (2001); the Galerie Nationale du Jeu de Paume, Paris, France (1997); and the National Museum of Contemporary Art, Seoul, South Korea (1994). He was awarded the Praemium Imperiale for painting in 2001 and the UNESCO Prize in 2000. In 2010 the Lee Ufan Museum, designed by Tadao Ando, opened at Benesse Art Site, Naoshima, Japan. 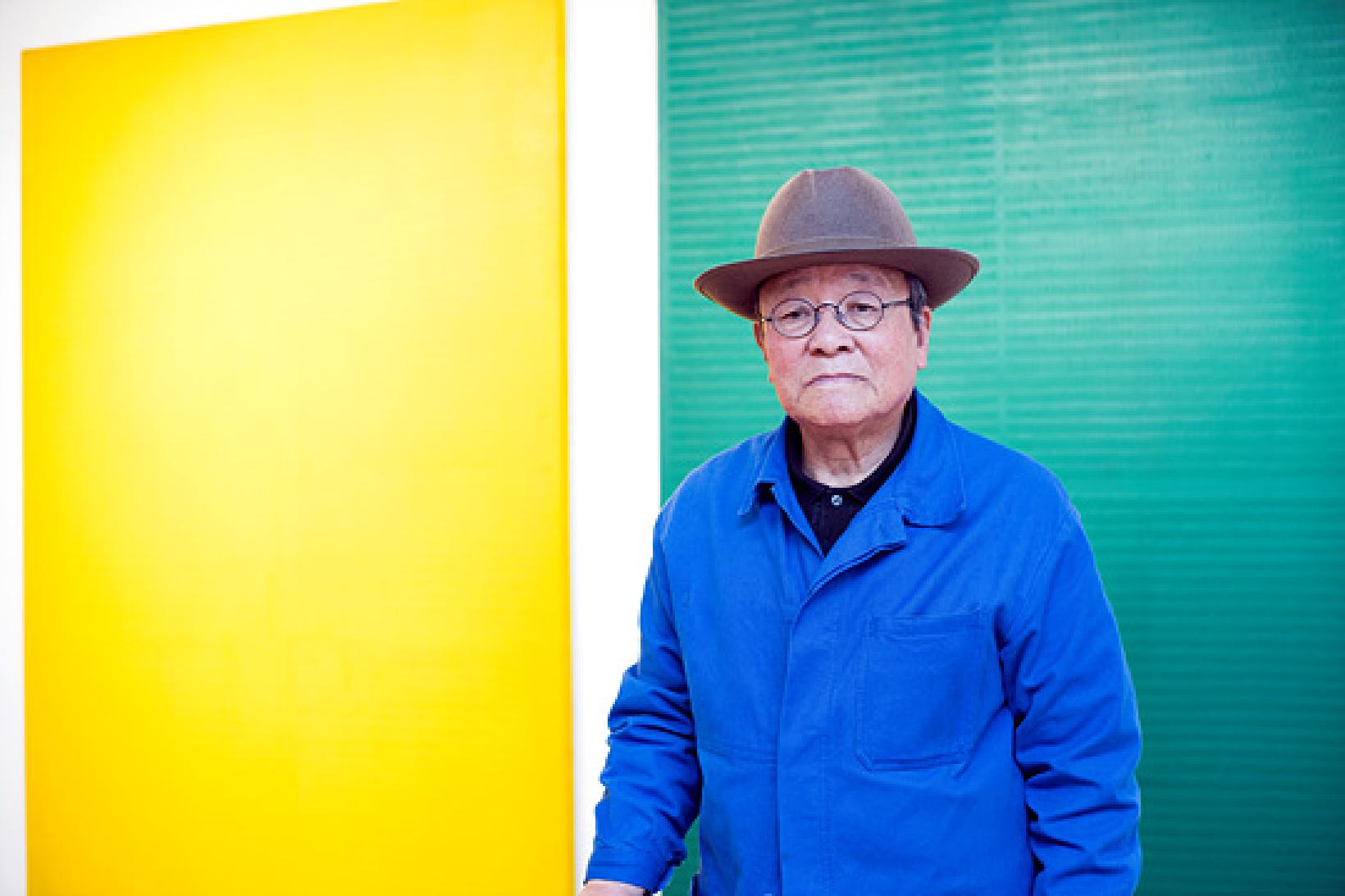 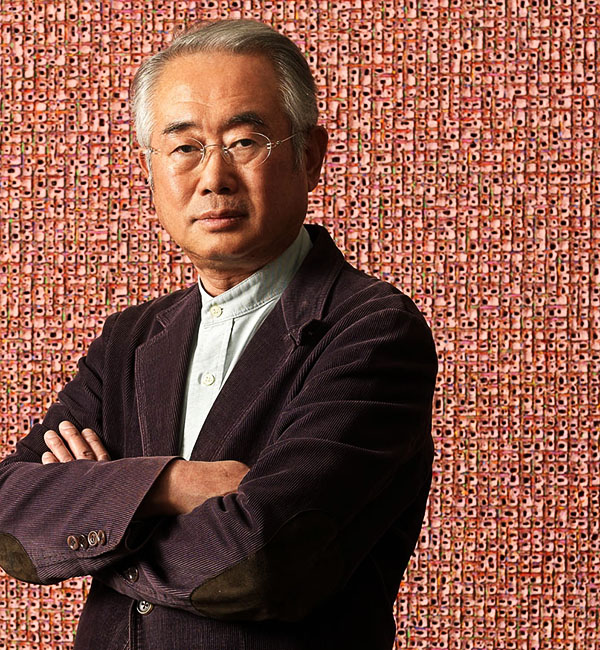 Kim Tae-Ho graduated from the College of Fine Arts at Hongik University in Seoul, where he majored in painting, in 1972, and he received his MFA from the Graduate School of Education at Hongik University in 1984. From 1987 to 2016, Kim Tae-Ho had been a Professor at the Department of Painting in Hongik University.
His major solo exhibitions include Gallery Hyundai (1985 & 1991), Seoul, Korea, Kamakura Gallery (1996) and Tokyo Gallery (2002), Tokyo, Japan, Sung Kok Museum (2007), Seoul, Korea, and most recently ‘Operating Space Structure’ at Busan Museum of Art (2015), Busan, Korea. He has participated extensively in group exhibitions both in Korea and abroad, such as China, Japan, the Philippines, Costa Rica, Switzerland, Germany, the United States.
Amongst the many awards received, the year 2003 saw Kim Tae-Ho’s attainment of the Grand Prize at the 2nd Buil Art Competition, Busan, Korea, and in 1982, he received the Grand Prize at Gonggan Printmaking Competition. His works have been collected by The British Museum, London, UK; the National Museum of Contemporary Art and Seoul Museum of Art, Seoul, Korea; Busan Municipal Museum of Art, Busan, Korea; Daejeon Municipal Museum of Art, Daejeon, Korea; Shimonoseki Museum, Shimonoseki, Japan; and the Museum of Guangzhou Academy of Fine Arts, Guangzhou, China, among others.

One of the most significant Korean artists of the twentieth century, Yun Hyong-Keun (1928-2007) was born in Korea, and received his BFA from the School of Fine Arts at Hongik University, Seoul, in 1957. During the 1960s, he became associated with the influential Dansaekhwa (monochromatic painting) movement of Korean artists who experimented with the physical properties of painting and prioritized technique and process. The scarcity of materials following the Korean War (1950-1953) and the country’s relative isolation from the international art world led the artists to construct their own sets of rules and structures in relation to abstraction.
Yun’s artwork has travelled extensively across Asia, Europe and North America. In 2018, the National Museum of Modern and Contemporary Art in Seoul hosted a major solo exhibition of the artist’s work that traveled to the Palazzo Fortuny, Venice (2019). His work has been included in the São Paulo Biennial (1969 and 1975); the 46th Venice Biennale (1995); and the Gwangju Biennale (2000). Works by the artist are represented in permanent collections internationally, including the Art Institute of Chicago; Chinati Foundation, Marfa, Texas; Daegu Art Museum, Korea; Fukuoka Art Museum, Fukuoka, Japan; Glenstone, Potomac, Maryland; Leeum Museum of Art, Seoul; M+ Museum, Hong Kong; National Museum of Modern and Contemporary Art, Korea; Seoul Museum of Art; Tate, UK; and Tokyo Metropolitan Art Museum. 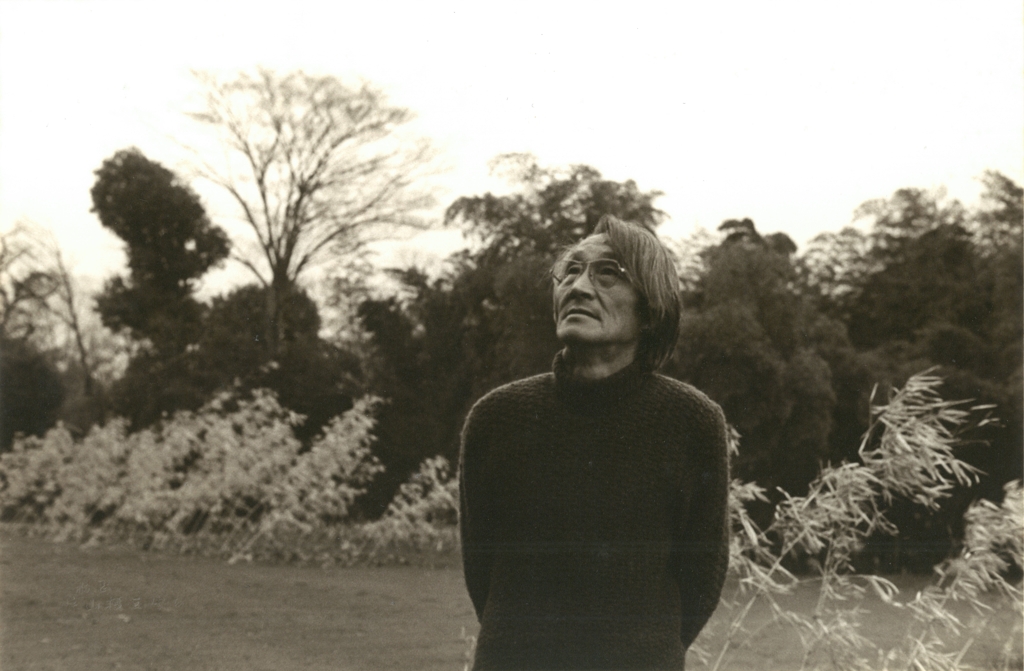 Quac Insik was born in 1919. In 1937, he moved to Japan and graduated from the Japan Fine Arts School. He returned to Korea in 1942 to hold his first solo exhibition in Daegu; he moved back to Japan in 1949 to focus on his artwork and held some 50 exhibitions. Experimenting with various materials such as glass, brass, and paper, he showcased work that was ahead of its time. With regard to materiality, Western art gave rise to the arte povera of the late 1960s, whereas Japan saw the rise of Mono-ha (School of Things) in the 1970s as a noteworthy artistic current corresponding to international trends-yet Quac Insik’s artwork predated these developments. Beginning in the early 1960s, Quac investigated materials by focusing on dots, lines, and circles-the most elemental forms of objects and nature-and thereby directly and indirectly influenced the Mono-ha artists of the 1970s.
During his early career, he showed at many international venues such as Tokyo International Biennale in 1965, São Paulo Biennial in 1969, and Sydney International Biennial in 1976. His first solo show in Korea was held at Gallery Hyundai in 1982. He has had two major retrospectives in Korea at National Museum of Modern and Contemporary Art in 1985 and most recently in June 2019 to celebrate the centennial anniversary of his birth. 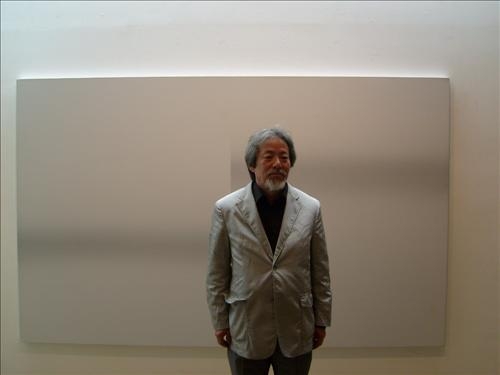 Lee Dong Youb is considered one of the founders of the Dansaekhwa movement and one of Lee U-fan’s most prominent students. In 1975, he was the youngest participant of the seminal group show titled "Five Korean Artists, Five Kinds of White" at Tokyo Gallery, which has often been cited as the turning point when ‘Dansaekhwa’ was formally canonised in art history. Across Lee’s oeuvre of over 50 years, his works are characterised by gestural strokes of white on white. The color 'Hinsek 白' (white) has been a constant fixture for him, symbolising a void for consciousness and a vessel for thought. He has referred to it as 'a zone of nothingness' or ‘void of consciousness’ beyond visibility and material world. Some works verge on being pure fields of white, with light washes of gray that barely register through the numerous layers of paint. His canvases invite the viewer to fill the work with their own original thoughts and interpretations.
Lee is noted for having participated in many significant exhibitions, including the 1st Independent Exhibition and His artwork is a part of public collections at Tokyo National Museum of Modern Art, Tokyo, The National Museum of Contemporary Art, Gwacheon, Korea. Lee Dong Youb created white Dansaekhwa paintings for over fifty years until his death in 2013. 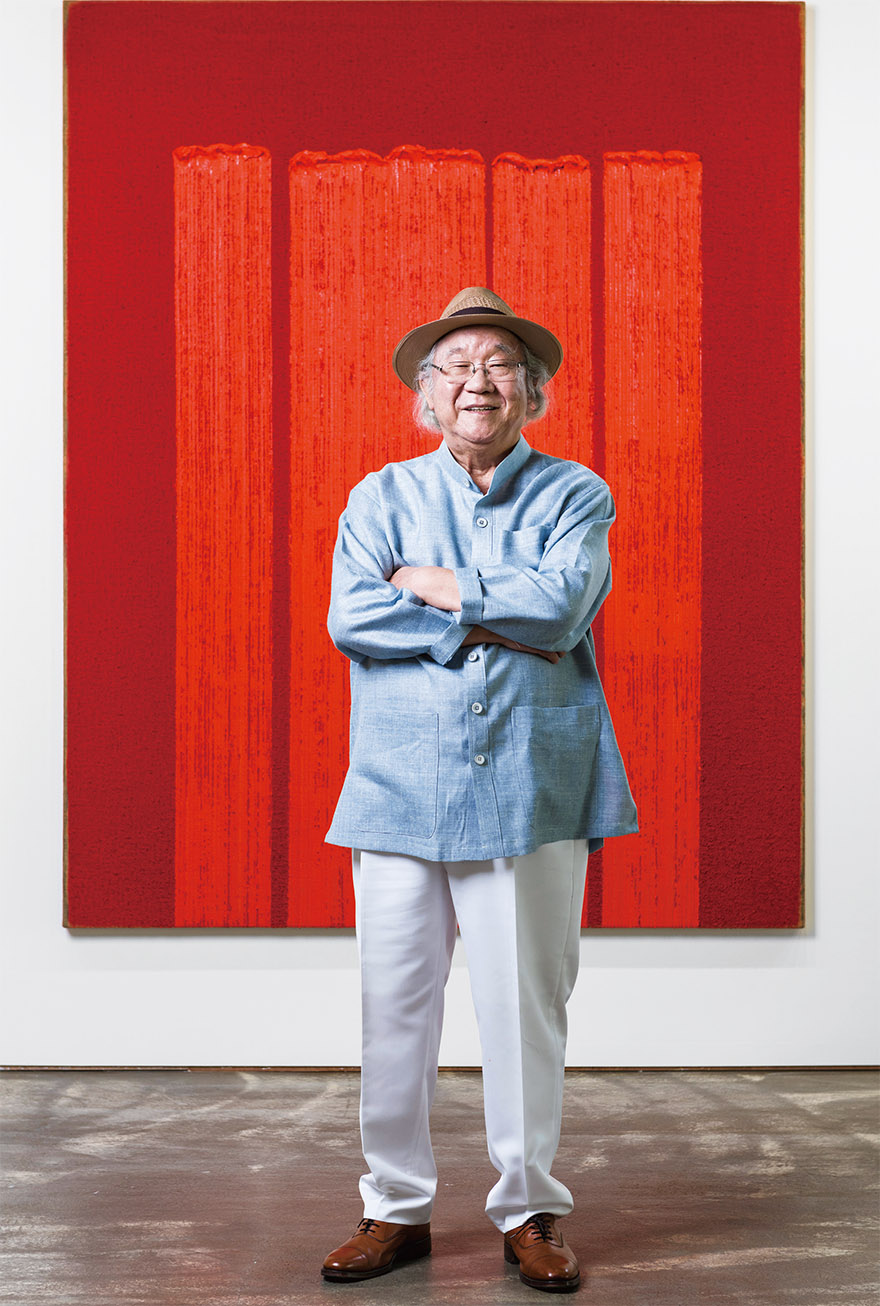 Ha Chong-Hyun is a pioneer of the Korean Dansaekhwa movement. He is best known for his innovative approach to simple materials, and favours the use of canvases made with stretched, woven hemp. Ha is a prominent fixture of the Korean arts scene, having served as the chairman of Korean Avant-Garde Association from 1969-1974, the Dean of the Fine Arts College in Hongik University from 1990-1994, commissioner and advisor to the inaugural Gwangju Biennale in 1995, as well as the Director of the Seoul Museum of Art from 2001-2006.
Ha has exhibited internationally at venues such as Palazzo Contarini Polignac in Venice; National Museum of Indonesia, Jakarta; Prague Biennale 4; Busan Biennale; Mudima Foundation of Contemporary Art in Milan. His works have been collected by institutions including Museum of Modern Art in New York; Art Institute of Chicago; M+Museum in Hong Kong; Tokyo Metropolitan Art Museum in Japan; National Museum of Modern and Contemporary Art in Korea; Seoul Museum of Art in Seoul; and Leeum, Samsung Museum of art in Seoul.