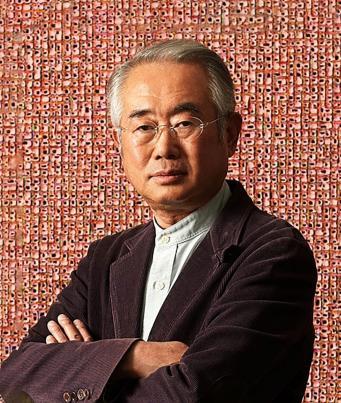 KIM TAE-HO (b. 1948, Busan) is a South Korean abstract artist who employs meticulous layering and scraping of acrylic paint onto the two-dimensional surface. The colours and sculptural quality of his works shows a reversion to the painterly aesthetics of Dansaekhwa, establishing himself as one of the leading monochromatic painters since the 1970s.

He graduated from the College of Fine Arts at Hongik University in Seoul, where he majored in painting, in 1972, and he received his MFA from the Graduate School of Education at Hongik University in 1984. His major solo exhibitions include Gallery Hyundai (1985 & 1991), Seoul, Korea, Kamakura Gallery(1996) and Tokyo Gallery (2002), Tokyo, Japan, Sung Kok Museum (2007), Seoul, Korea, and most recently ‘Operating Space Structure’ at Busan Museum of Art (2015), Busan, Korea. He has participated extensively in group exhibitions both in Korea and abroad, such as China, Japan, the Philippines, Costa Rica, Switzerland, Germany, the United States.

Since 1987, Tae-Ho has been a Professor at the Department of Painting in Hongik University. Currently, Kim lives and works in Paju-si, Gyeonggi-do, Korea.
The Columns Gallery Ptd Ltd
22 Lock Road #01-35, Gillman Barracks, Singapore 108939