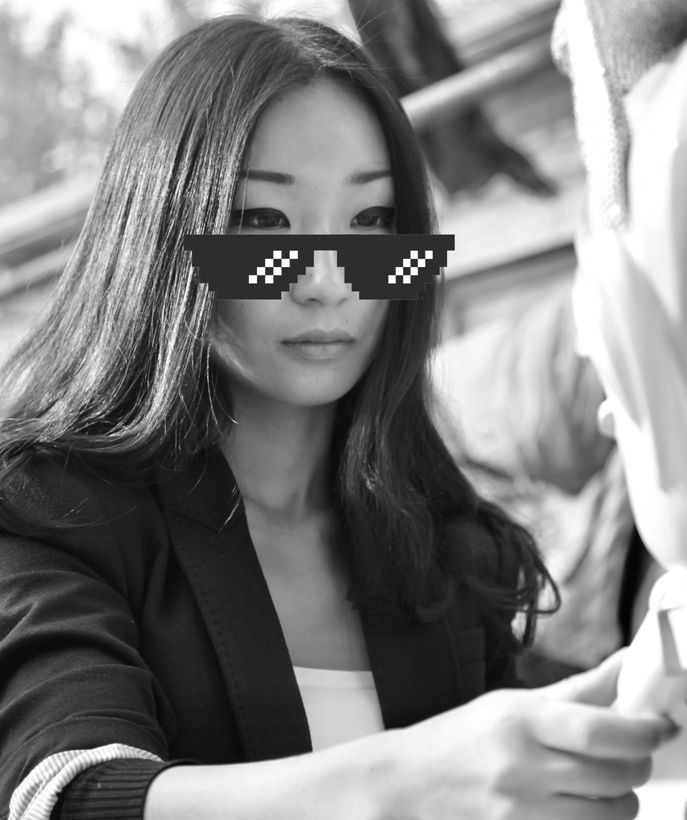 Han Yajuan is a multimedia artist. Her work focuses on the relationship between women and the virtual space in relation to agency and identity issues. Her artistic practices operate across paintings, moving images, installations, VR, and GameArt.

Yajuan received her Bachelor of Arts from the China Academy of Art and her Master of fine arts from the Central Academy of Fine Arts. She is pursuing a PhD in Art and Computational Technology at Goldsmiths, University of London.

Shavonne Wong is an internationally recognised, Singapore-based fashion photographer. She is inspired by everyday life, transforming the ordinary into compelling frames. Her photography intends to capture a story and through which immerses her audience into an alternate realm. Shavonne challenges the boundaries of conceptual projects and has recently been exploring the combination of photography and videos called Living Stills.

Self-taught with a background in IT, Shavonne has acquired a decade worth of experience working with clients such as Asia’s Next Top Model, Lancome, Sephora, Nike, HBO, Gianvito Rossi, Marigold, Zilingo, Alcon and Sensodyne. Her works have been published in Vogue Germany, Cosmopolitan HK Magazine, Glamour South Africa, Female Malaysia, Marie Claire, Lower Gulf, Cleo Malaysia, Singapore's Women Weekly, Metropop HK Magazine, Her World Brides Magazine, Lucy Magazine and Alexis Magazine, amongst others. Recently, she was notably included in the Forbes 30 under 30 Asia list for 2020. 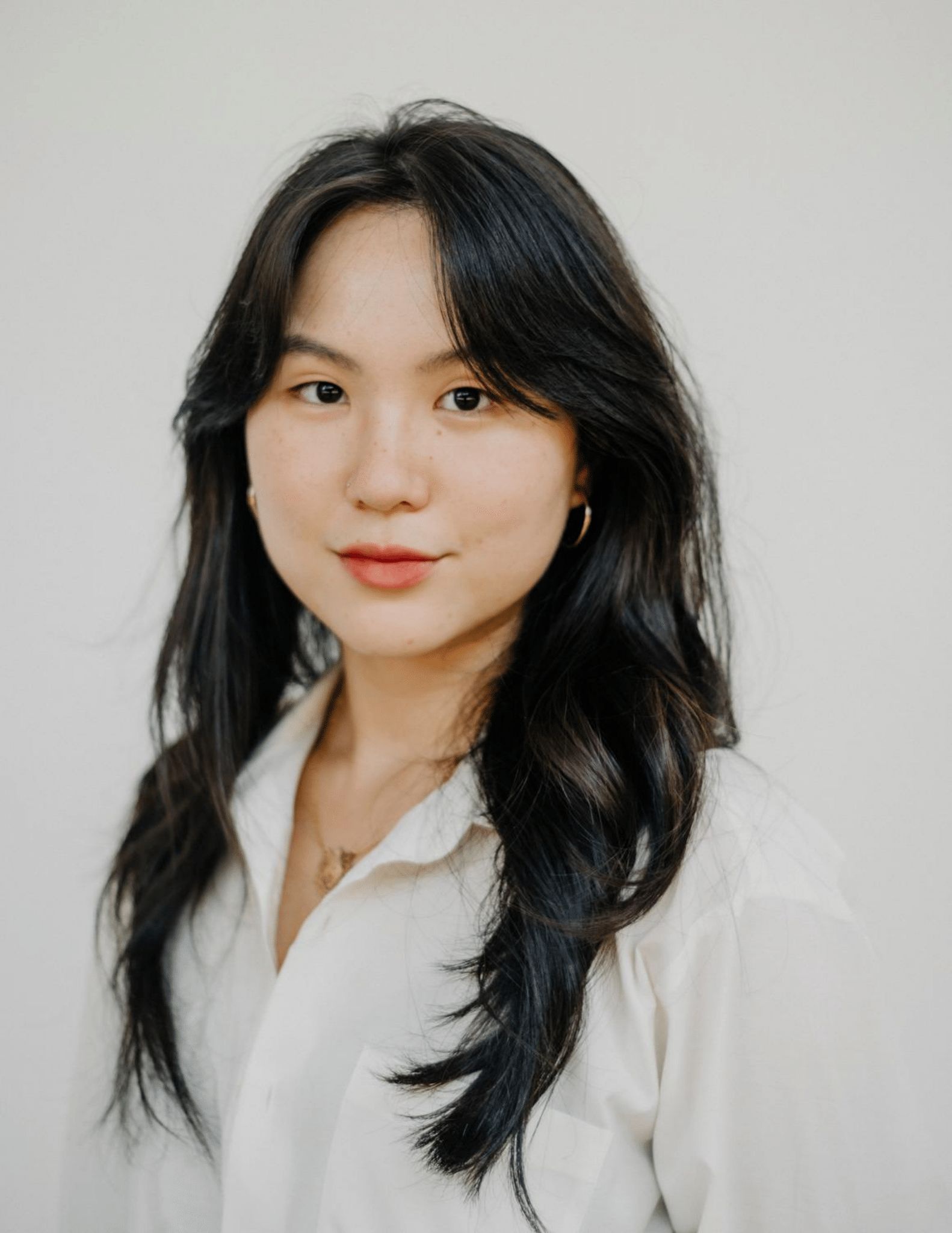 Arabelle Zhuang is an interdisciplinary artist working across photography, moving images and textiles. In her practice, Zhuang examines the interpersonal relationship, beauty in the peripheral and the cyclical nature of being. She is interested in developing narratives that search for the multiplicities of everyday life and the layers in between. 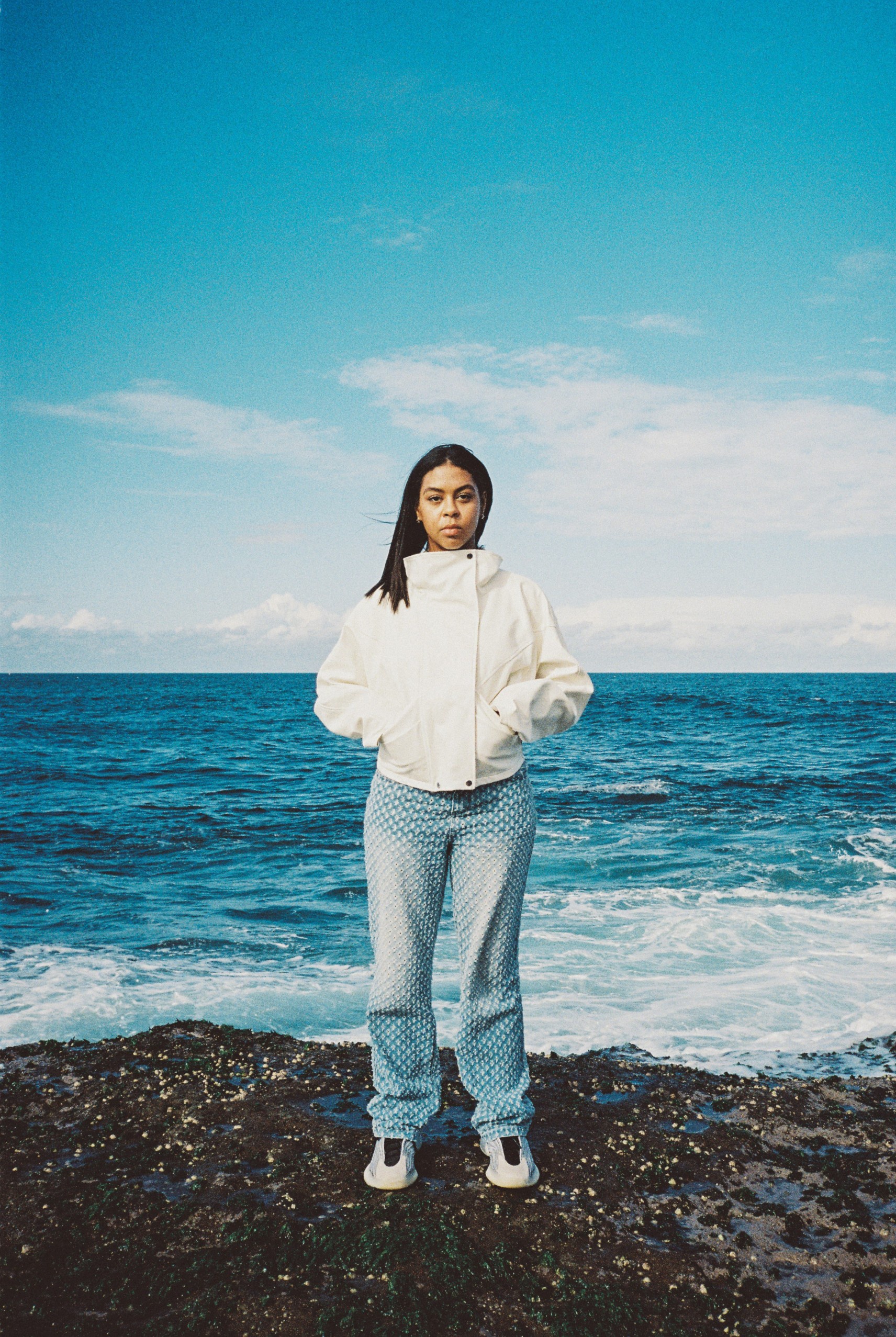 Serwah Attafuah is a versatile artist with experience of being both a designer and musician. She is known for her take on afro-futuristic abstractions that illustrate strong ancestral and contemporary themes. From this, she creates surreal cyber dreamscapes and heavenly wastelands that ties with her grounded understanding of the universe. As a self-taught 3D artist, she has built her career to having now done collaborations with esteemed brands such as Nike, GQ, Warner Music and also artists Bhad Bhabie and Charli XCX. Her recent notable achievement includes her participation in a curated NFT auction, Sotheby’s “Natively Digital” and “Apotheosis”(2021) at The Sydney Opera House. 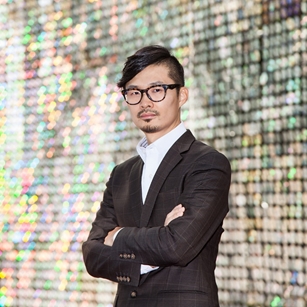 Jeon Byeong Sam is a South Korean artist who works primarily with everyday objects and images. Employing strategic processes of appropriation, repetition and rearrangement. He revisits the social conventions hidden within and transforms them into meaningful artwork that traverses the two dimensional and three dimensional. while searching for the meaning and connection, the viewers slowly sense a slight gap that exists between self and the world.

Jeon was trained in Sculpture at Hongik University, Korea. He holds two master's degrees, one in Fine Arts from the School of the Art Institute of Chicago and another in Information and Computer Science from the University of California, Irvine. For the past fifteen years, his artworks have been featured internationally, including UNESCO (France); SIAF. (Japan); SIGGRAPH (USA); ISIMD (Turkey); AsiaGraph (China); ArtBots (Ireland); Salon (Cuba); LIFE (Russia); Netfilmmakers (Denmark); Siggraph ASIA (Singapore); amongst others. Recently, Jeon also collaborated with Kakao Friends to create NFT artworks of characters based on Kakao Talk emoticons, South Korea's number one mobile messaging app. 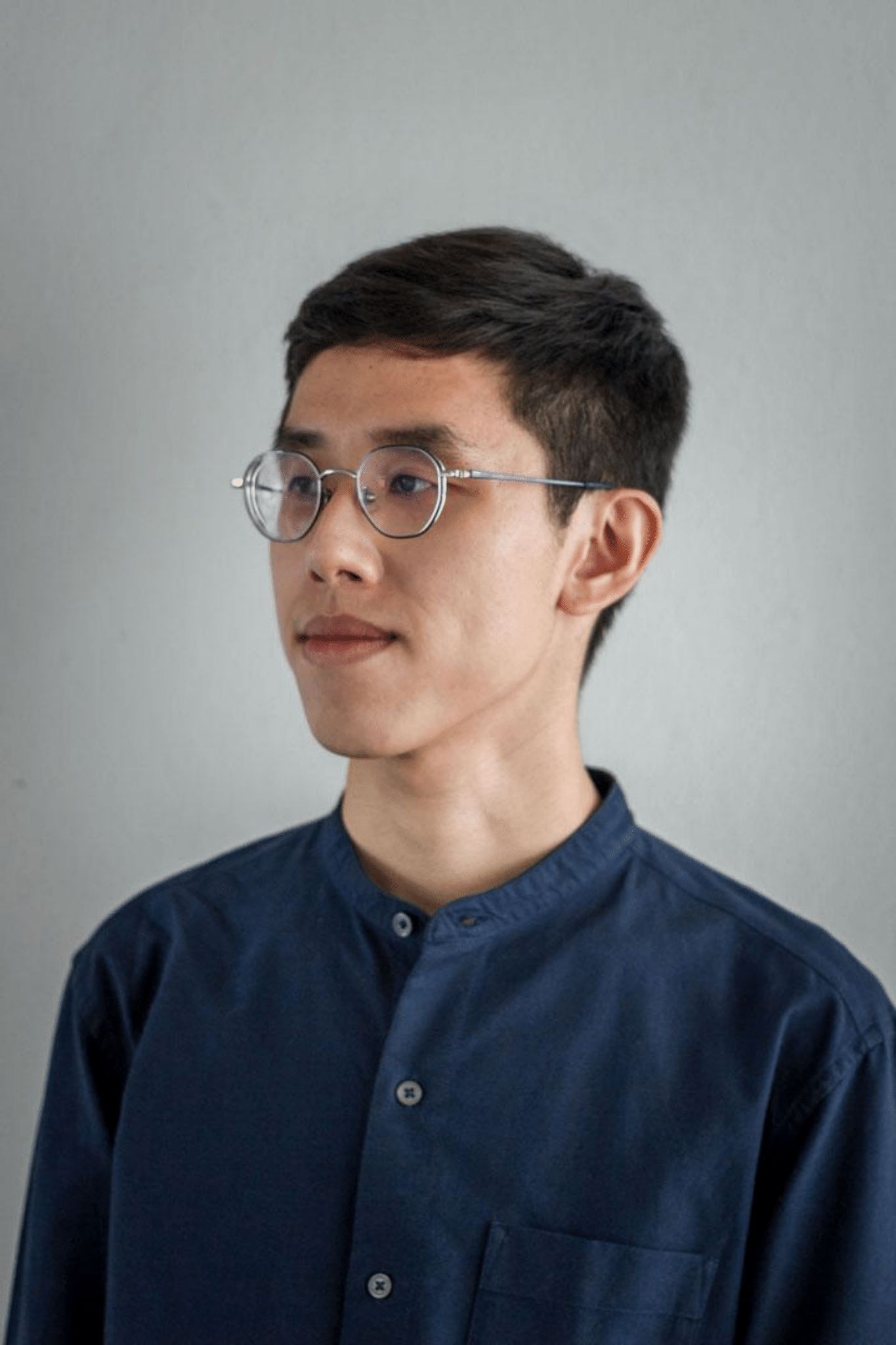 Singaporean Visual artist Tristan Lim questions the manner in which we perceive and value virtuality and reality in contemporary life. By examining the forms in which visual materials circulate and manifest in culture, he also looks at the relationships between disparate things. Through this, he discovers the uncovered surfacing questions of material and existential significance.

Tristan Lim graduated from the programmes of Fine Arts from LASALLE College of Arts and Visual Communications and Media Design from Singapore Polytechnic Design School. For the past seven years, his artworks have been featured extensively, including: MADATAC X-Post Digital Star-Media Festival (Madrid, Spain), I Light Festival Marina Bay (Singapore) and LINES The Private Museum (Singapore). 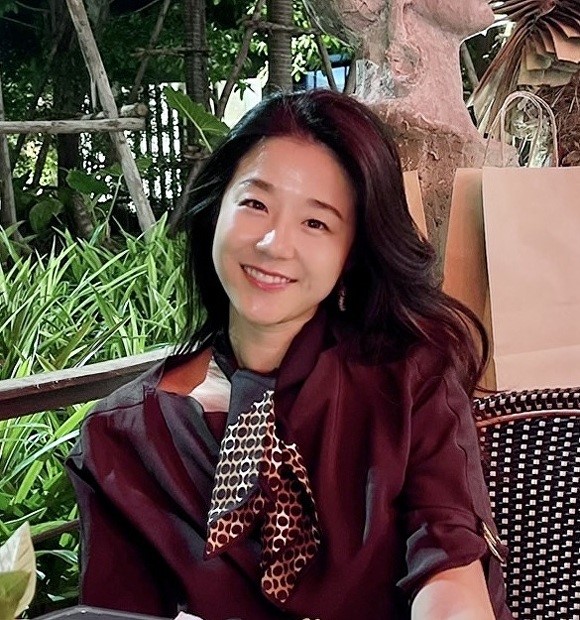 Born in Seoul in 1983. Living in Bangkok, Thailand, Bangkok and Seoul. Graduated from the School of the Art Institute of Chicago. Graduated from Hongik University's Graduate School of General Studies. Multiple individual and team competitions. Hong Ji-min works based in Seoul and Bangkok, Thailand, and produces animation films and fairy tale books based on paintings. Inspired by the traditional folk painting material and painting style, Bangkok's rich nature is added to the lively natural scenery of Korea to constitute a unique landscape painting unique to the artist. It is expressed in unrealistic but beautiful, humorous and elegant landscapes by adding the rich natural scenery created by the colorful plants of Bangkok to the natural scenery created by the Korean green forest. Wonderland's landscape is layered with various colors and patterns repeatedly. In addition, the arrangement of various colors distributes the viewer's gaze throughout the work without an accurate center point. The screen made of colored surfaces looks more flatter. In addition, the screen with a dynamic sense of rhythm looks wider than the actual space. 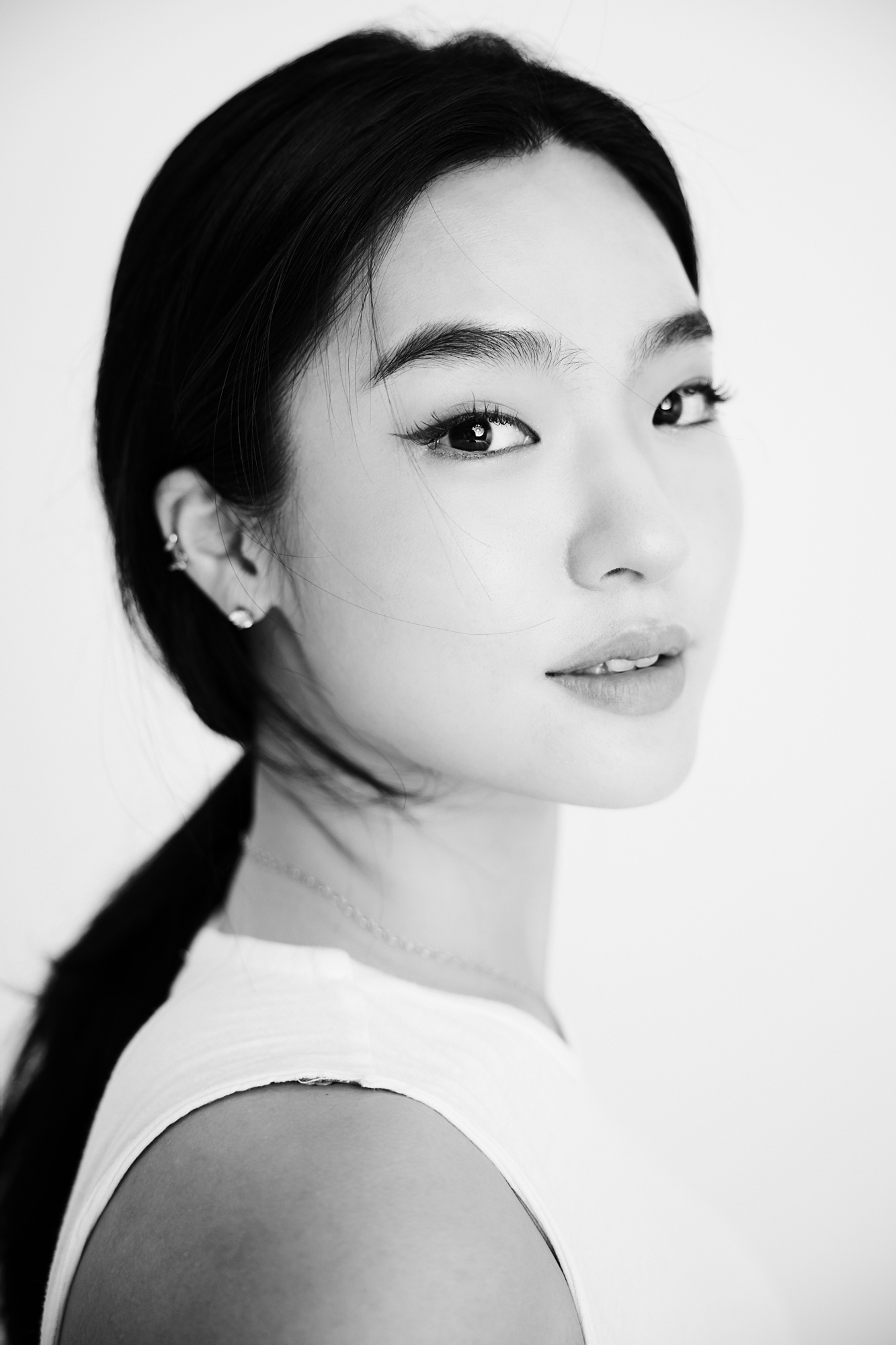 Over centuries, the ego of man has obsessed over two ideas: self and life. The obsessions manifested in many ways, one form being astrology: gazing at the stars to find answers about ‘myself’ and ‘my longevity’. While fighting time, and losing the battle every time, mankind has on the other hand obsessed over the immediate gratifications, often which shortens and threatens the very life we hold on to so tightly. Likewise, the series represents the cognitive dissonance man has regarding life: the irony that dances between the fleeting idealism of hedonistic life and the ever-imminent shadow of death. Each painting of the series depicts a zodiac sign smoking cigarettes. The astrological figure stands solitary on the planet the zodiac sign is ruled by, which represents the foundational ground the figure navigates to know thyself. The cigarettes are a modern day interpretation of “memento mori”, latin for “remember you must die”, also a symbolic trope that acts as a reminder of the inevitability of death. The reminders of our mortality are ignited and fleetingly put out. 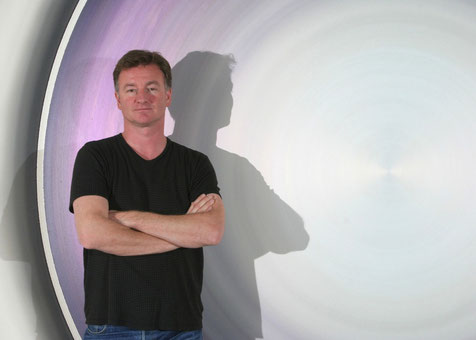